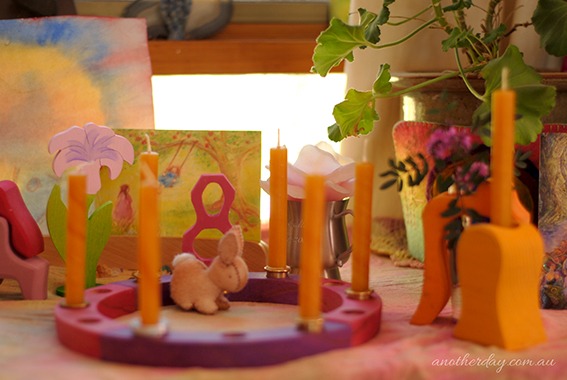 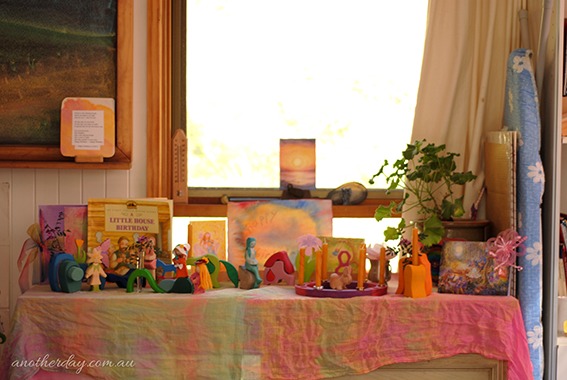 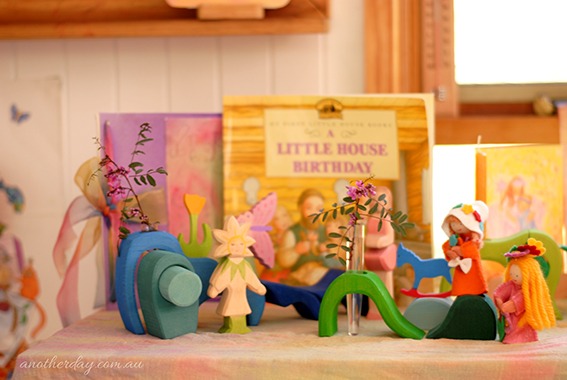 Recently our little girl – who’s really not so little anymore, but still little enough for me to call her our ‘little girl’ – turned eight. We celebrated with a simple birthday party and then a rather elaborate interstate holiday! It was Chilli’s choice of hotel for her birthday evening and the restaurant. She chose Royal on the Park in Brisbane with dinner in their Walnut Restaurant! If you’re a local to this area, you’ll understand just the kind of champagne taste our little girl has! 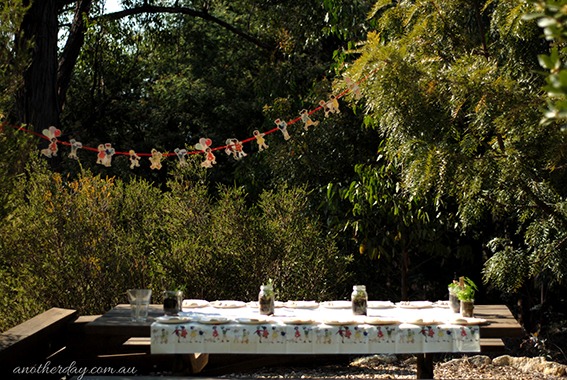 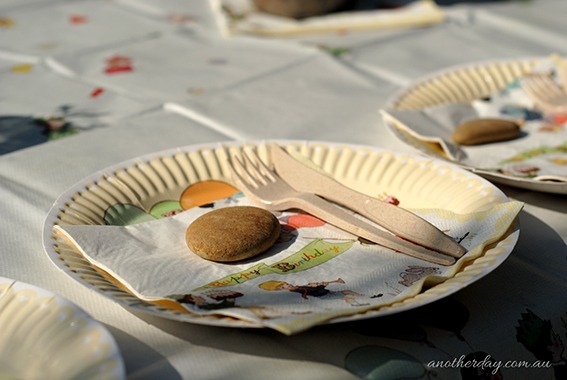 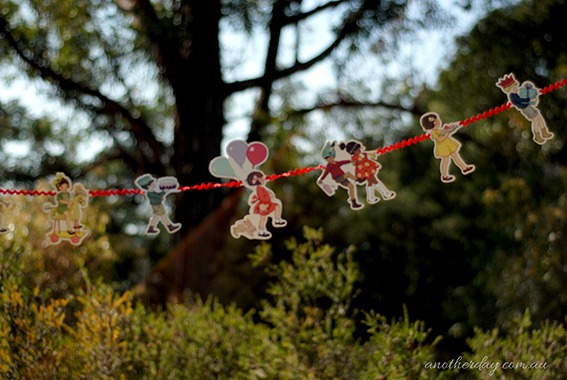 Since we’d be away on her actual birthday, we planned a simple little party for a few friends the week before we flew out. I knew I’d be swamped with organising the holiday and finishing up the school term so I chose the easy option birthday party and went with purchased party decor. Despite my best intentions, I was still up until 11pm the night before the party – wrapping pass the parcel, tying names onto party boxes and organising drink tags. 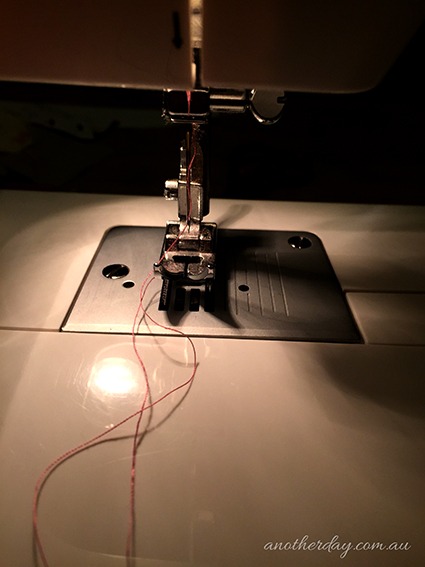 This was the first of our children’s parties my parents haven’t been in town for and it really had me scrambling. I always appreciate their help at our functions and festival celebrations, however that appreciation deepened to a whole new level when I didn’t have them around to bark orders at this time. Luckily some very kind friends were staying over who weren’t at all perturbed by my pre-party frenzied self and happily obliged to my many requests for things to be moved here, others to be carried over there and that pile over there to be carried out and set up down there! I couldn’t have done it without them and my ever supportive hubby! 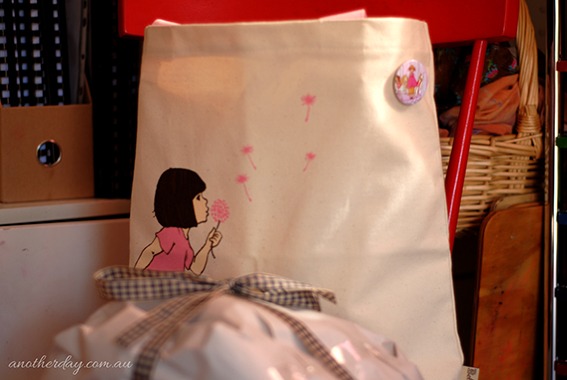 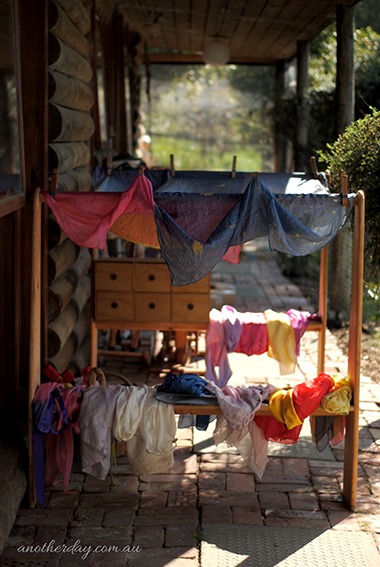 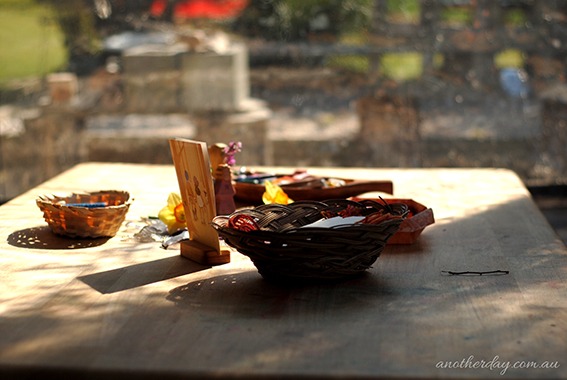 This was Chilli’s most ‘traditional’ birthday party through the years, as we thought the classic theme of Belle and Boo leant itself well to all the common party goings on. We played a-tisket a-tasket, tunnel ball, clothes pin drop, apples on the line and pass the parcel. We also had a Belle and Boo pin the tail on the donkey game planned, but since my running of the party was already 1 hour over time without the regular hands of my Mum on deck in the kitchen, cooking behind the scenes while I run the party – we didn’t get to that final game. 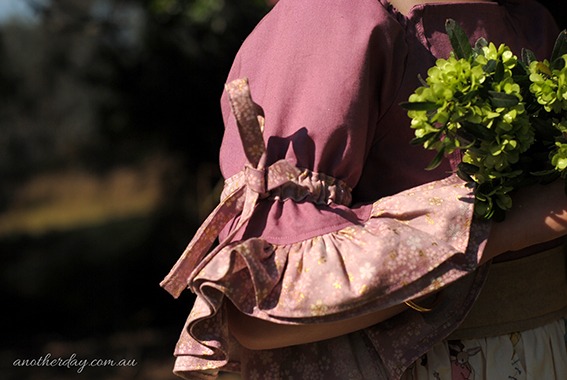 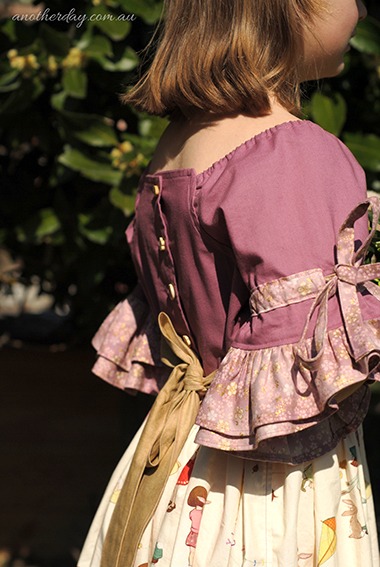 Through the years, we’ve always started our Spring baby’s birthday celebrations with garland making – however this year we thought that crown colouring would be nice with the theme so the children crayoned a cardboard crown while the friends arrived and then found a little flower to attach to the front with some Stockmar Sticky Wax. We brought the party together with a morning circle singing the beautiful song ‘Make New Friends, but Keep the Old‘ as well as having fun with a name game, thinking of an animal that started with the same sound as our own name and a city we came from that also started with the same sound as our first name. I was “Elke the Elephant from Mount Everest”! I wanted to draw in the skills these Grade 1 children had been learning this year, predominantly being letters, sounds and the beginning of reading. Instead of telling a story this year at the party, we read the Belle and Boo Birthday Surprise book and I invited those children who had begun reading to read a small sentence if they would like. The children then all signed the cover page of the book as a memento for Chilli of her party. Pass the parcel had a small badge inside for each child with a little wooden pot and wooden acorn for the younger toddler children of the party. Following the clothes pin drop each child selected a tattyoo they liked and after apples on the line they were given a woollen string loop and we played some string game stories together. At the end of the party, Chilli gave each child a little bag that contained a paper dress up doll. The goodies were collected throughout the party by each child in their little party box to take home at the end of the day. 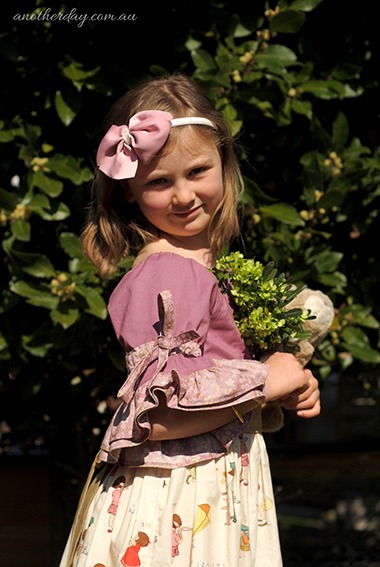 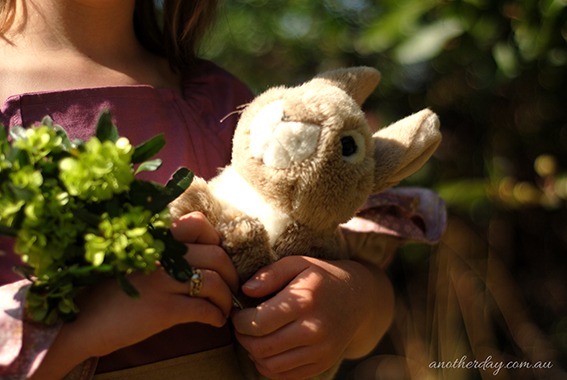 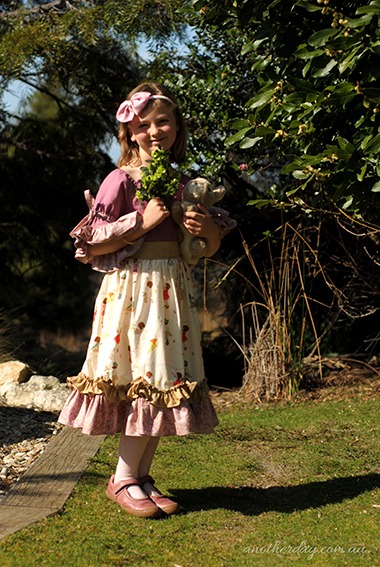 The children ate whole-foods style chocolate crackles for morning snack – vegan sausage rolls, ham and cheese toasties, pigs in blankets, lid potatoes and hummus with crudities for lunch, sipping on fresh spring-garden tea beverages. The cake was a simple layered sponge cake with jam and cream sandwiching – Chilli’s request. We recycled the cake bunting from Daddy’s Fathers’ Day ‘King for a Day‘ celebration a few weeks earlier, as well as using the Belle and Boo cake bunting. The dress Chilli wore on the day was of course that rather elaborate piece I was working on solidly for days leading up to the celebration. As per usual I totally underestimated the amount of work involved in this pattern, but it was a lot of fun to make and greatly satisfying to see it all come together beautifully in the end. Paired with Bisgaard Brogue Maryjane shoes, a Belle and Boo headband, newly pierced ears and her recent first ever style haircut, she looked quite the beautiful Miss 8! 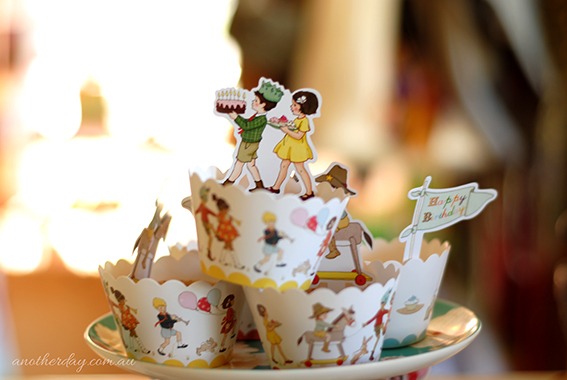 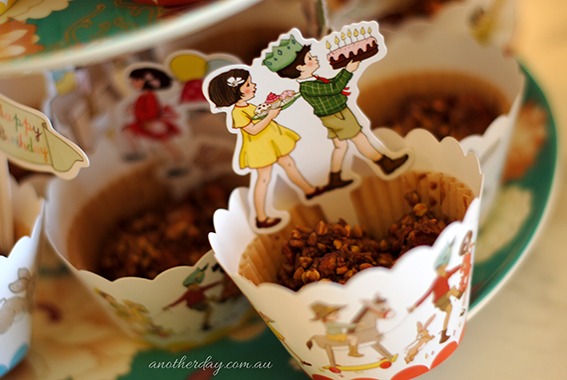 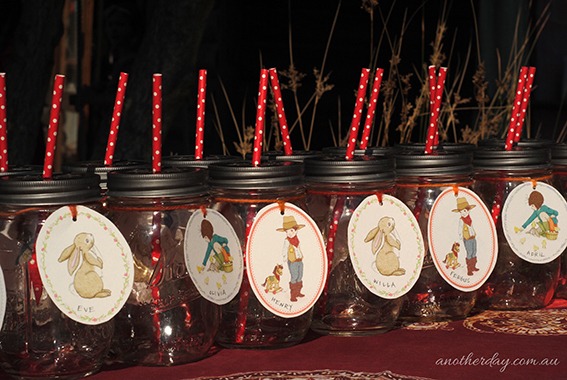 Still in the drafts section on this blog are of course last year’s Herb Fairies birthday celebration when Chilli turned 7 and Marlin’s Teddy Bears’ Picnic to celebrate him turning 2 earlier this year. I will get around to finishing those posts I am sure – another day! When the rest of this school year is planned, Christmas is wrapped and organised and the fast approaching Grade 2 has been laid out in a skeleton plan of the year! Ha! 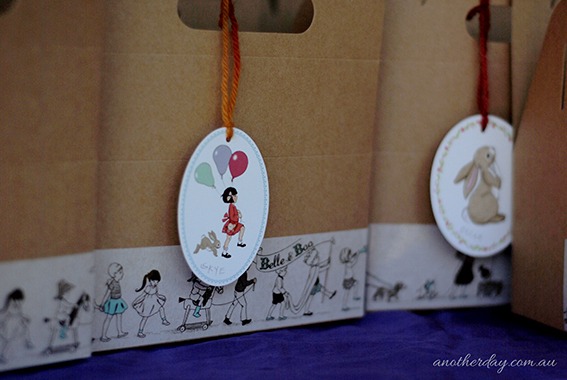 What have been your favourite birthday party celebrations for your children?