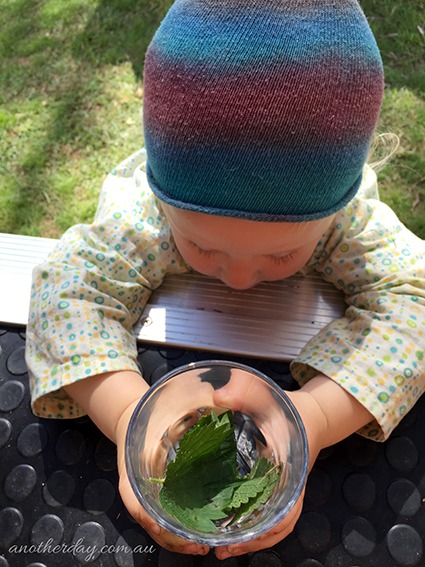 On a recent trip to Brisbane, we were surprised at how adversely the town water seemed to affect our children. Chilli has been on tank water since she was 1.5 years old and Marlin his entire life. On the odd occasion we need to buy in a load of town water, but the town water here in the Huon Valley seems to be a far cry from the heavily chlorinated elixir of Brisbane City. My Aunt who lives in Bundaberg tells me that Brisbane’s water is good, she can drink that and finds it quite palatable – at her place she tells me she can’t drink that water! I’d hate to taste Bundaberg’s water then! 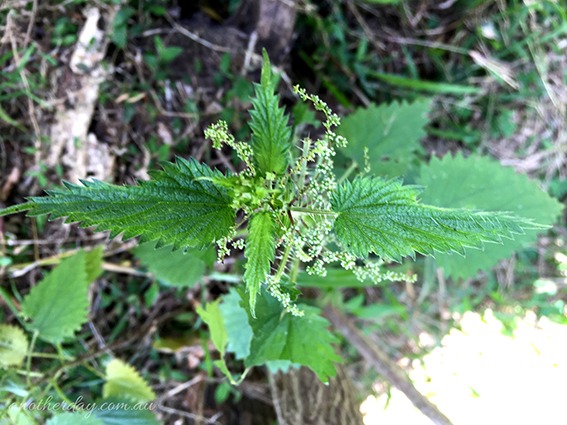 When we arrived in Brisbane, we thought for the day or so we were in the city before picking up the motor home and heading off to our first planned place of holidaying that we’d be fine to drink the city water – however within a few hours of drinking the water, both children felt quite ill and Marlin even vomited!

Upon discussing the subject with Brisbane locals, we were surprised to realise that many folk actually find the town water undrinkable and many reported the similar soapy flavour that we found to the water. I kept asking Graham if he’d accidentally gotten soap on the rim of the bottle when filling it from the tap! 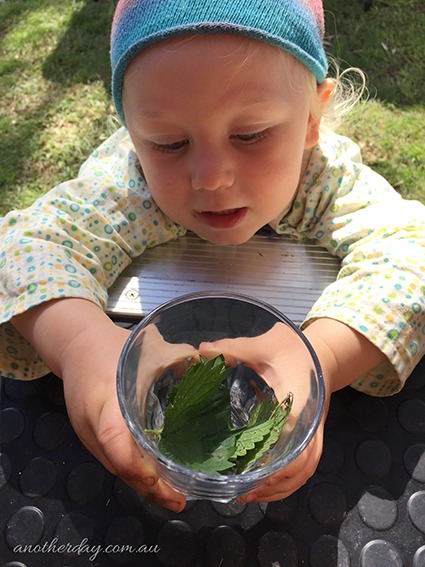 I think a combination of being a little thrown off balance by flying and then drinking the city water, had Chilli feeling quite unwell for the best part of the first day and into the next. When we arrived out at Spring Valley Stays in Sarabah we were excited to see that, growing wild all around us, was amazing patches of nettle. Seriously this place has nettles the size of dinner plates – no exaggeration! They definitely put Tassie nettles to shame! The wildcrafting skill of ‘tacoing’ your nettle to pick them without being stung definitely doesn’t work on these babies – or giants as the case may be, the stinging hairs on these are all over – top and bottom. Unfortunately there also wasn’t much, if any, dock to be found around as a natural antidote to the stings. Later on in our stay we found the very first dock plants of the season pushing through the spring ground, but they were difficult to scout out. While the stings really aren’t something too excruciating nor that unpleasant and in the interest of healing the children I was happy to take a few of the fuzzy feeling nettle stings – the thing that did surprise me was the lasting effect of the stings. We were picking the nettles early in the morning – then through that entire day, the fingers that I was stung on, were quite numb! I guess alongside being quite cleansing, nettles are also a natural numbing agent – does that make them an anesthetic/paresthesia? I’m not sure what the correct term would be. Of course the occasional sting is all part and parcel of wildcrafting nettles and normally the sting passes in a minute or two, but we were surprised at the longevity of the effects these monstrous stinging nettle leaves had! 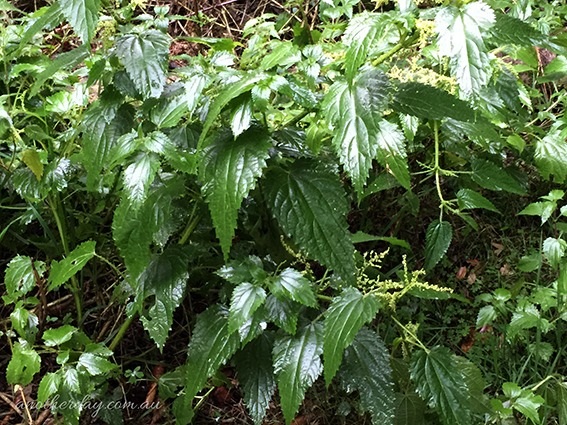 We picked some nettles for the children to eat fresh, but the children weren’t so keen on the nettle stings in their mouth when the normal ‘tacoing’ didn’t work so we decided to make some tea – improvising with what we had on hand for our tea equipment. We steeped the leaves in boiled water for 5 minutes or so and then used a clean handkerchief in a mug to strain off the tea. Once the leaves had been steeped in hot water, their sting had naturally gone, so we could then eat the wilted greens as well as enjoy the cleansing tea. After a few leaves and a cup of tea, Chilli miraculously felt wonderful and Marlin also enjoyed having some of the tea. We decided a little nettle cleanse was in order for us all to flush out the city water we’d had and we all felt great for it. It was so lovely to be able to put our wildcrafting to such therapeutic use.

Chilli and I mused at how wonderful Mother Nature is and how if you work in harmony with her, she will always rise up and provide exactly what you need wherever you are. 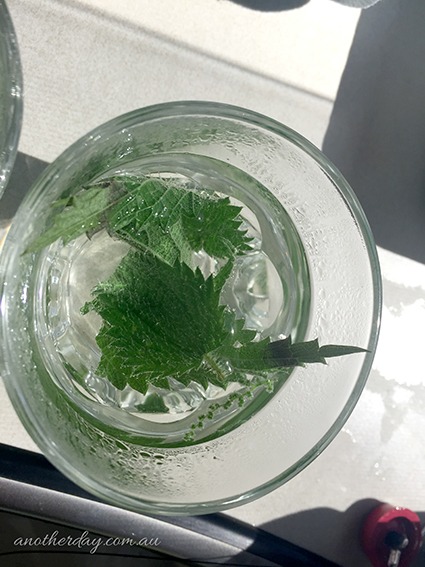 Subsequently, this sent us on a bit of a wildcrafting mission. We found fat hen, milk thistle, chickweed, clover and mallow to harvest in the grasses along Sarabah Road as well as a mulberry tree that was just coming into season with it’s berries. There was also a lovely prickly pear which I had wanted to pick some of the fresh spring pads from to prepare – I always remember a wonderfully delicious prickly pear salad I ate at a Mexican restaurant years ago – but unfortunately we never got around to driving past it with time to spare for stopping.

What are your favourite wild foods to forage for? We enjoy the Herbal Roots Zine series which is wonderful for learning about beneficial and useful herbs, many that are easily found in the wild.